The Google Cam or well known as the GCam APK is a mod and is one of the best camera app available for Android phones which is the default Camera app available on Pixel Phones developed by Google. Latest version is the v8.7.165 which is only available for Google Pixel phones (no GCam port yet from developers) and Google Camera 8.6.263 version built by various developers which can be installed on almost all Android phones.

The image processing algorithm of the Google Camera APK and the Mod is so different that other developers have created port of this one, which works on almost all other Android phones out there.

This is the ultimate Google Camera Port Hub which always provides the latest version and has more than 300 compatible devices in the list. Browse and download a compatible GCam APK from here and experience the magic by yourself!

Our collection is the biggest in comparison to the GCam APK found on XDA-Developers or any other blog. You can search the entire portfolio of apps try it on your own phone to believe. The whole credit goes to the developers like: BSG, Arnova8G2, Parrot043, Wichaya, Wyroczen, Nikita, Urnyx05, Zoran and all others who tirelessly bring these mods of Google Camera for all Android phones.

What features make the Google Camera App so good?

Well, the modded APK port of GCam (or even the original one) has a lot of other features as well, which are listed below:

Some Shots from This App

Before you install any GCam APK on your phone, you may like to see what kind of images people have captured on their Android smartphones.

Is it really worth the hype?

Try it on your phone to believe it, simple as that!

In this hub you get all available GCam APK ports from various developers. You can scroll down through the list and try one or all of these to find the best suitable APK port of Google camera for your phone.

– Added the latest GCam 8.7.165 APK from Pixel 7 Pro (download link in the below list). This app is a stock app as of now which only works on other Pixel devices. I will update once the mod of this comes in this list.

– Added latest GCam 8.4 by MWP (only for Pixel devices)

– Added two Google Camera 8.3 APK ports made by al_ro and PitbulL, which are only compatible on Android 10 and later. These are the initial versions of the port so, please keep in mind that these may not be up to the mark in term of performance like the older versions. (look at the end of the download list)

– Added GCam 8.3 unmodified stock APK which only works on API 30 which is Android 11 and later. Also, as this is not a mod or a port, this may only work on Google Pixel phones and no other device. (look at the end of the download list)

As of now the GCam 8.2 and 8.1 both work on Android 11, and Android 10. If you have a phone running on Android 9 or older, then you should try some of the older versions.

As of now there no GCam 8.7 version available from developers. The one is available that only works on Pixel phones. Please make a note of this.

Google Camera 8.6 by BSG: Download Link (NOTE: As of now this only works on devices running on Android 11 or up)

Earlier I removed this section assuming this is a very old version. But I have added this section back because the Gcam 8.1 APK is one of the most stable version that runs on many Android phones and gives better results than these new versions.

There are some Google Camera Mod versions of 8.0, 7.4 or some lower version which can be found from the following download link. Search in the box for the exact version that you are looking for. If it is not found, you can leave a comment below and I will get it for you. Download one of the compatible apk of Google Camera for your phone and see how good or bad it is in comparison to the stock camera app.

Download one of the Google Camera APK for your phone and see how good or bad it is in comparison to the stock camera app.

For low end phone the GCam APK port may not work, so you need to download the Camera Go app.

Find the specific OEM, device and a working port of this Camera APK by Google from the below list.

Visit the following link to get compatible ported Google Camera updates for all:

Visit the following link that contains a huge list of compatible Google Camera ports (GCam APK) for Samsung phones based on Snapdragon or Exynos chipsets:

The following page contains a list of compatible ports of Google Camera (GCam APK) for all Sony devices:

Visit the following page to get a list of compatible Google Camera apps (GCam APK) available for specific Vivo phones:

Download one of the GCam APK port from above link for your phone and see how good or bad it is in comparison to the stock camera app.

If you don’t find your phone in this hub, you can leave a comment and I will try to get a working APK port of Google Camera for your phone!

Visit the Mod APK page to get mod games and premium Android apps for free.

Some FAQs about the Google Camera APK

Often people get confused between the mod apk of Google Camera and the official GCam app found on Pixel phones.
Ideally, most of the applications available out there are usable on any Android phone but this is not the case with this camera application.

Let’s look at some of the FAQs asked by people about the Google Camera Port.

Basically abbreviated for Google Camera, is the Camera app that is exclusively available on Google Pixel phones.

Yes it is! People have downloaded these APKs million times and there is no report of any malicious code in any of the Google Camera port built by any developers.

Is Google Camera Better than others?

Well, it is Yes and No. The features makes it the best camera app for Android. As it is widely available as a mod version, not all features work on all the phones. If it works on your phone, it can create magic with the images it produces.

Why is Google Camera App not compatible on my Phone?

Because it is primarily designed to work only on Pixel phones. Whatever we list here, are just Google Camera ports. There are many ports of GCam from many developers. You can try one from the below list to see if it works on your phone!

As I said earlier not a single port of GCam app works on all phones. Below are the different ports available from various developer, which you can try on your phone.

Make sure that there should not be any prior version of GCAM APK - GOOGLE CAMERA APK Latest Download v8.7 apk already installed on your phone. If so, uninstall that before installing this one.

• Night Sight in Portrait and Camera modes - Get the same Night Sight results in low light without having to switch modes.
• Video stabilization modes - Use Locked for videos of long performances, when you want to look away from the camera. Use Active in heavy moments. Use Cinematic Pan for smooth, panning shots.
• New zoom buttons - Use zoom buttons to quickly zoom in or out. To use the full zoom slider, tap and hold a zoom button or pinch-zoom. 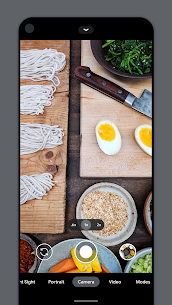 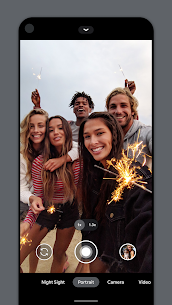 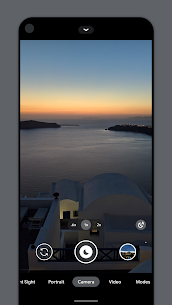 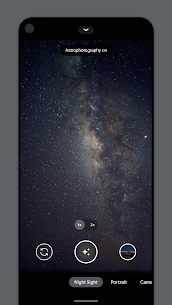 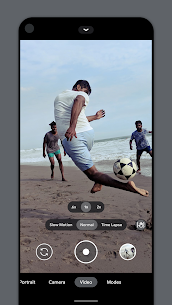 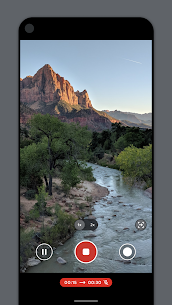 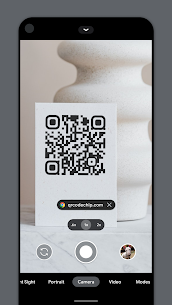 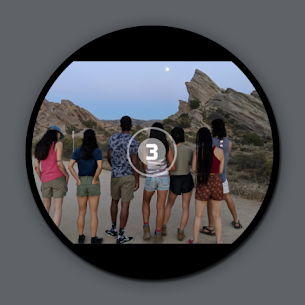