The GCam 8.1 is the latest version which has multi mode stabilization, Cinematic pan, seamless zoom and slow motion, feature etc. But in the initial versions, all of the features might not be available or might not be working at all.

Including the legacy features found on the GCam 7.0 and older versions are: Night Sight, Astrophotography, HDR+, portrait mode etc.

It is possible that the latest GCam 8.1 may not work fully on HTC Wildfire E1 / E2 / E3. If you inform me in a comment then probably I will try to find an alternate working GCam port. 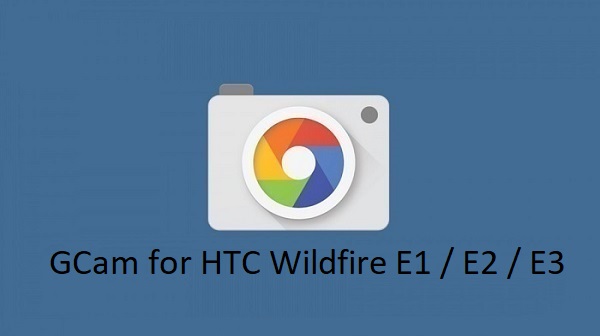 WHAT’S WORKING
– All basic features
KNOWN ISSUES
– Nothing reported yet
If in case you have found any issue with the given Google Camera mod apk for HTC Wildfire E1 / E2 / E3 which is not mentioned above, Help us by mentioning the issues in comments, Our Fix google camera issues post may help you to fix the issues on your own.

Make sure that there should not be any prior version of Google Camera for HTC Wildfire E1 / E2 / E3 – GCam 8.1 Download apk already installed on your phone. If so, uninstall that before installing this one.