The Xiaomi 12S comes with a triple camera setup, out of which the primary camera is 50MP, an 13MP ultrawide and a 5MP macro shooter.

While the Xiaomi 12S Pro comes with a triple camera setup but with different resolutions, out of which the primary camera is 50MP, an 50MP ultrawide and a 50MP macro shooter.

Of course the stock camera software on these phones is good to take better pictures but that can be further enhanced with a Google Camera mod.

There are few compatible Google Camera / GCam mods available for the phone which are brought to you by BSG. 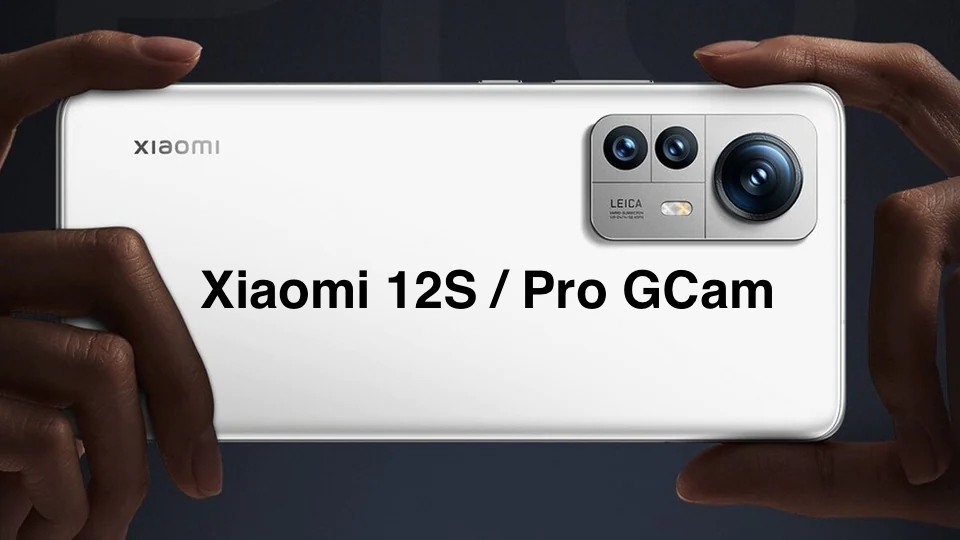 In between, there are some minor version release of the GCam also comes, so I am listing out all available versions of the mod for Xiaomi 12S / Pro so that you can get to know when we have an update, right from the below list.

Below are some of the extra features that you can expect to enhance your existing camera setup on the Xiaomi 12S / Pro:

NOTE:
– Not all compatible mods available are specifically tuned for the Xiaomi 12S / Pro. It is possible that some or other features of GCam might be working might not be working as intended.
– Most of the stock camera apps have a pro mode, which does not exist on Google Camera mod.
– Although this camera mod captures much better photos with the automatic mode, but still if you are someone who uses the Manual Mode mostly, then this might not be for you!

Visit the Downloads section to get all the compatible GCam APK file(s) for Xiaomi 12S / Pro.

How to Install Google Camera on Xiaomi 12S / Pro?

New features and updates of the GCam mods keep coming, hence there could be many versions of the GCam available for the Xiaomi 12S / Pro today and in future. This page will always list all the compatible Google Camera versions for the phone.

Make sure that there should not be any prior version of Download GCam for Xiaomi 12S / Pro - Latest Google Camera APK apk already installed on your phone. If so, uninstall that before installing this one.