High up on the peaks at India’s border, an elite fighting group protects the nation’s pride and sovereignty. It’s a daunting task, for the most courageous: The Fearless and United Guards (FauG).
Download APK
0/5 No votes
Report
Developer
Studio nCore Pvt. Ltd.Updated
5 March 2021Size
124MVersion
1.0.10Requirements
8.0 and upGet it on

With the similarity in name people said FAUG (Fearless And United Guards) is a clone of PUBG, but in fact, it is not. In India FauG (pronounced as fauji) which means a soldier.

And because this game is based on Indian soldiers, hence the name Fauji or FauG.

This is promoted as a made-in-India game and released on 26th Jan. Today we have a direct link for you to download APK of FauG game and the mod APK with god mode and more.

Basically the FauG game is based on Galwan valley incident that happened in June 2020. So, it is unfair to compare it with Call of duty mobile or PUBG or Garena Free fire etc.

Let’s look at in a little more detail.

The game starts with an animated narrative of what happened in Galwan Valley in June 2020 between Indian and China soldiers.

Some of the Indian soldiers have been captured by the enemies and the major General goes behind all the enemies to find and bring back them all back.

To simulate the situation, there is no guns in the game. You just need to kill the enemy with kick and fist punches. As the game progresses, you get some handmade weapons to fight with.

At one point of time you can only have a maximum of two weapons. Basically these weapons wear out so ideally you cannot use it everywhere. But when you download the FauG apk mod, you have unlimited weapon durability and hence it never wears out.

There are chackpoints to save your game progress. In case you die while fighting you do not have to start over from beginning. But again with this mod menu of FauG APK you get God mode or immortality.

You do not lose any of your health even if your enemies beat you.

In this initial release, there is not much in the game except just moving forward and killing the enemies. I mean, there is no strategy, no mission etc.

There are few modes of gameplay might be unlocked in the future versions of the game.

I have already talked about the Mod features of FauG APK in the last section. Basically with the FauG Mod APK the game gets a lot easier to play.

You get the below Mod features:

The only thing you need to remember is, you need to enable these settings every time you start the game.

To enable the mod menu, click on the ee icon on the top left side of the screen. Then you see the below mod menu on the FauG game. Click on the desired setting and close or hide it.

There are many voice overs in this game which is in Hindi, a language less known outside of India. But still it is readable, as an English translation caption runs on the bottom of the screen to help people read who do not know Hindi.

The gameplay is quite different and unique in its own way. And, with the mod menu the FauG game gets lot easier to play otherwise it is really difficult and an engaging one to play.

This is an initial release of the game and hence it is not fair to compare this with other popular FPS shooting or action games.

It has many other game modes which seems to be in the work and might get added in upcoming releases.

Stay tuned and visit the Mod APK link to get other modded games and apps.

Make sure that there should not be any prior version of FAUG Game APK Download (mod) v1.0.10 - (God Mode & Infinite Weapon Durability Hack) apk already installed on your phone. If so, uninstall that before installing this one. 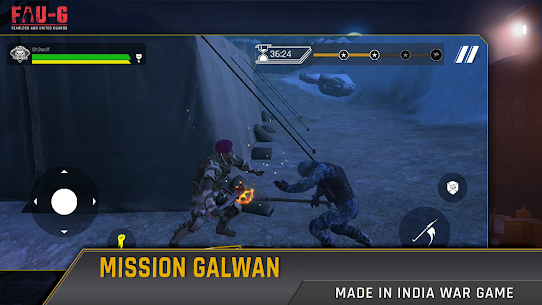 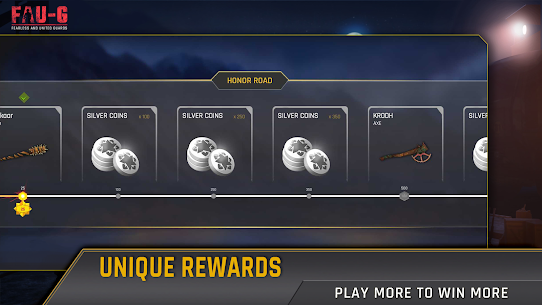 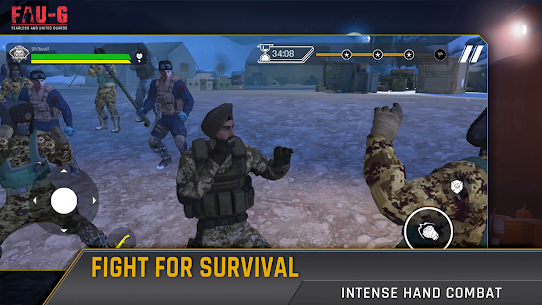